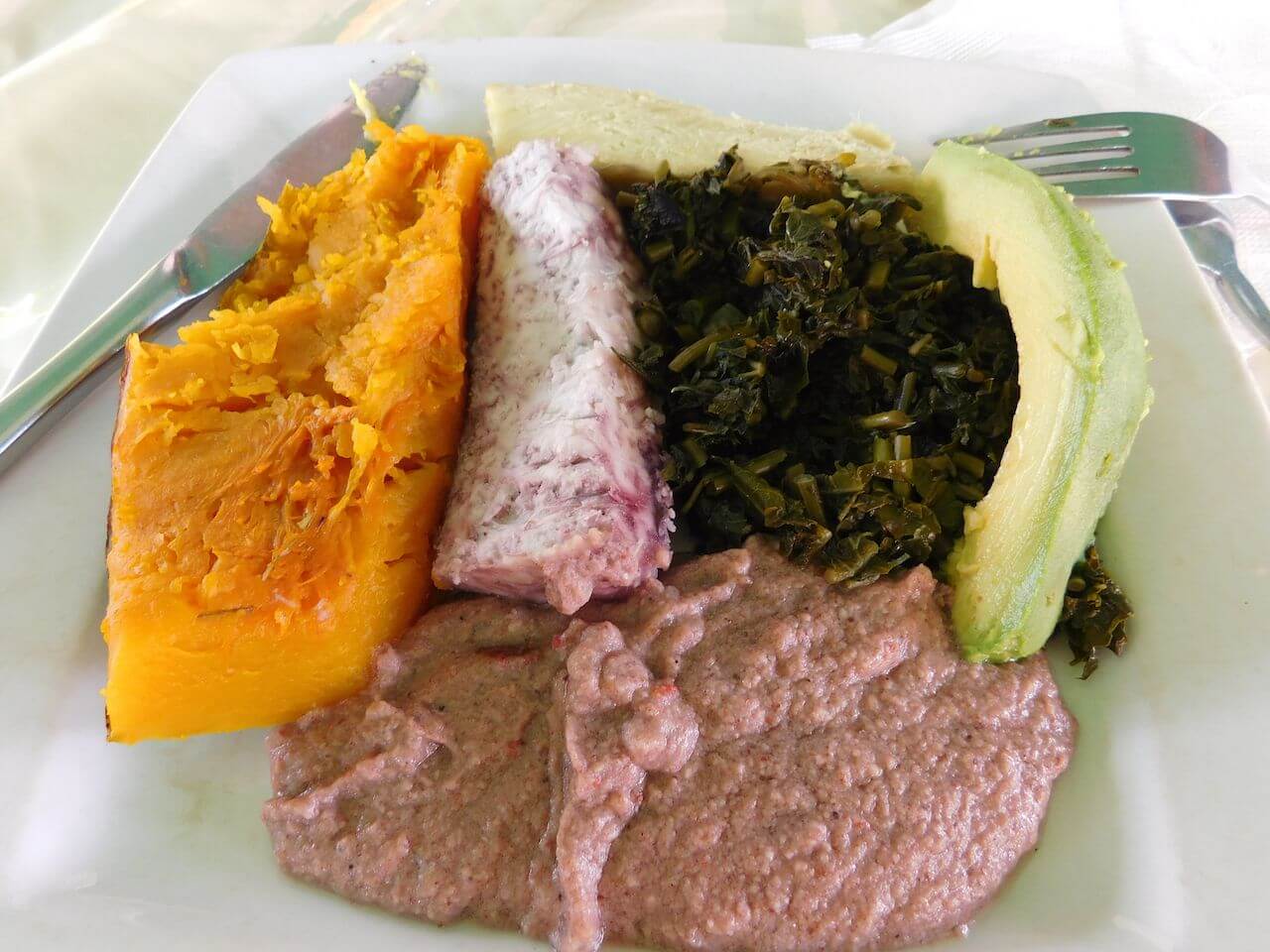 Can anyone travel to a new country or an area and he/she doesn’t plan to eat anything? Of course not. Well, when people visit Uganda, they are usually curious about what Ugandan food tastes like.
Uganda is not that big in size but with very diverse cultures, there are over 45 tribes and languages spoken in the country and almost each tribe has its own unique and special food. And in order for you to enjoy your stay while here, you ought to know the foods and beverages served, prepared, sold or grown in Uganda.
Also the country has adopted the continental foods prepared by other cultures like the Asian, Italian, Arabic, and Indian. These cultures have over the years influenced the Ugandan food, they have added diverse spices and twists to the foods with a number of different restaurants found in major towns of the country such as Nanjing, Great wall, Mediterraneo, La Cabana, Fang Fang, Shanghai Restaurants and many more.
The same cuisines served in these restaurants have also been borrowed by hotels and lodges in Uganda’s towns and National Parks. They prepare and serve various cuisines and you should never worry about what to eat while on your Ugandan Safari.
And since you would want to be comfortable knowing the different foods in the country we have listed some of them below to help you while on your Ugandan Safari.

Luwombo
You want to experience an authentic Ugandan dish, try the Luwombo. It is said to have been introduced by a personal chef of Buganda’s king called Kabaka Mwanga around 1887. And it was known to be a royal dish but later introduced to other people in the country.

Luwombo is a traditional stew usually prepared on different traditional ceremonies such as Kwanjula and also served in most restaurants that sell local foods. It is comprised of beef, chicken or fish mixed with vegetables like carrots, green peppers, mushrooms and peanut paste, it later steamed in wrapped plantain leaves.

Matooke
You can’t visit Uganda and don’t try out this dish, it can be served with any type of sauce such as Beef, Chicken, Beans, Peas, Fish etc. Just as rice is to the Indians, Matoke is also to the people in Uganda.

Matooke is the most consumed food in Uganda hence a staple food to most Bantu people. It is a type of green plantain served in most restaurants and homes around the country; it can be prepared in different ways; by either peeling them, wrapped in banana leaves and mashed before they are served.
Another way is by simply boiling them without peeling them (also locally known as empogola), or peeling them and dipping them in water to boil or frying them mixed with either tomatoes, onions or beef or Ground nut paste.
Most people grow Matooke in their homes on small scale for food, and others own acres of land covered with Matooke plantations for sell. These plantations can be seen mainly in the Central and western parts of the country like in Masaka, Mbarara, Bushenyi, Rukungiri among others. Many people actually earn a living from growing Matooke.

Fish
Uganda has a good number of lakes, hence different fish species can be found in the fish markets around the country. The common fish species served in Uganda include the Tilapia and the Nile perch. Fish can be prepared by either frying it or simply boiling it with tomatoes and onions to make stew. However other people enjoy the deep fried or smoked fish served with any dish or salad.

There is also another widely consumed type of fish called the Silver Fish or Mukene as many locals call it. The fish is tiny in size and it is said to be a good source of proteins but also cheap. So those that can’t afford the beef or chicken usually settle for Mukene as a delicacy.

Posho
This is also one of the country’s popular and cheapest foods. It is known as ‘Akawunga’ in Luganda and other East Africans call it ‘Ugali’. Posho is white flour made from maize, and so it is the flour that is mingled using boiling water to make the smooth-eatable dough.

It can be eaten with any sauce, although beans (especially fresh beans) are highly recommended. When you eat posho you will be sure that you will stay full and satisfied for a long time.

Meat
Foods like meat are as common in Uganda as in other countries around the world. Pork, Beef, Goat and chicken are consumed everywhere in the country. A kilogram of beef is the cheapest whereas Chicken is most expensive meat served in hotels and restaurants. Other meat products like samosas, meat pies, burgers and sausages are also sold in most urban centers in the country.
Meat is prepared in different ways; by frying it to make stew or simply boiling it adding a few vegetables to it. Also on most streets you can find vendors selling roasted meat (locally known as Muchomo) on sticks. Towns like Kampala, Jinja, Mbarara, Mbale and Masaka host very many spots serving roasted Pork, fried pork (Kikalayi), and Goat meat along with fries (chips) or fresh salads.
The most interesting thing about consumption of meat in Uganda is that almost every part you see on an animal such as goats, cows or pigs is eaten. On your visit to Uganda, you should never be surprised if at all you visit a restaurant and a person orders for Matoke and cow intestines (all known as akatogo kebyenda); this meal is usually served as breakfast. Some cultures even eat the feet and tongue of the cow, and blood from these animals among other parts.

Katogo
Well-cooked Katogo starts the day of most Ugandans, this meal is made up of fried Matoke mixed with beans, beef, peanut paste, or other vegetables. So if you would like to enjoy a traditional breakfast, try eating Katogo, with it you might not need to consume much food till evening.

If you want try another type of Katogo without Matooke, you can eat one with Cassava, sweet or Irish potatoes mixed with any other sauce.

Rolex/Rolled Eggs
When you set feet on Ugandan soil, ask for a Rolex. Many know it as a watch but in Uganda, this name is to a popular dish, which is served in the most expensive restaurants and also along streets by roadside vendors.

The Rolex is served differently basing on the ingredients you want to have in but usually is made up of eggs which are cooked into an Omelet along with onions, tomatoes and cabbages. The omelet is later rolled up (wrapped) with a chapatti. To some Ugandans, this dish is either served at breakfast, lunch or even diner.

Also note that there are Rolex festivals organized in some towns of the country over the weekends, so if you are in Uganda during the time of the festival, you could take part in this fun with a delicious Rolex

Groundnut sauce (Ebinyebwa)
This sauce is made from the red ground nuts which are ground to form some flour, it’s the flour that is mixed with water and a few vegetables and cooked to make the sauce. Most people prefer having this sauce served with any dish.

In a nutshell, Uganda has very many cultures, hence every culture has a special kind of food which is prepared differently. What is mentioned above is not the total sum of the foods in Uganda but some of the foods you would want to taste when you visit.
Some of the other dishes include Rice, Irish Potatoes, Sweet potatoes, Yams, Pumpkins, Cassava, Peas, and Beans. The fruits include; Jackfruits, Mangoes, Pineapples, Passion fruits, Apples, Guavas, Watermelons, Bananas, Paw paws and many more. There are also various snacks to enjoy such as samosas, roasted maize, chapattis, mandazis, Egg rolls and Nsenene (grasshoppers).
You can find the foods mentioned above in Restaurants, Markets and Roadside Eateries. 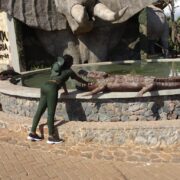 A day in the park 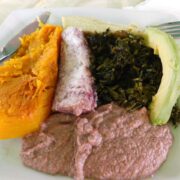 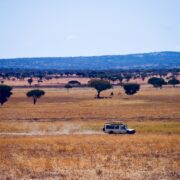 Why you should use a tour operator for your next trip.